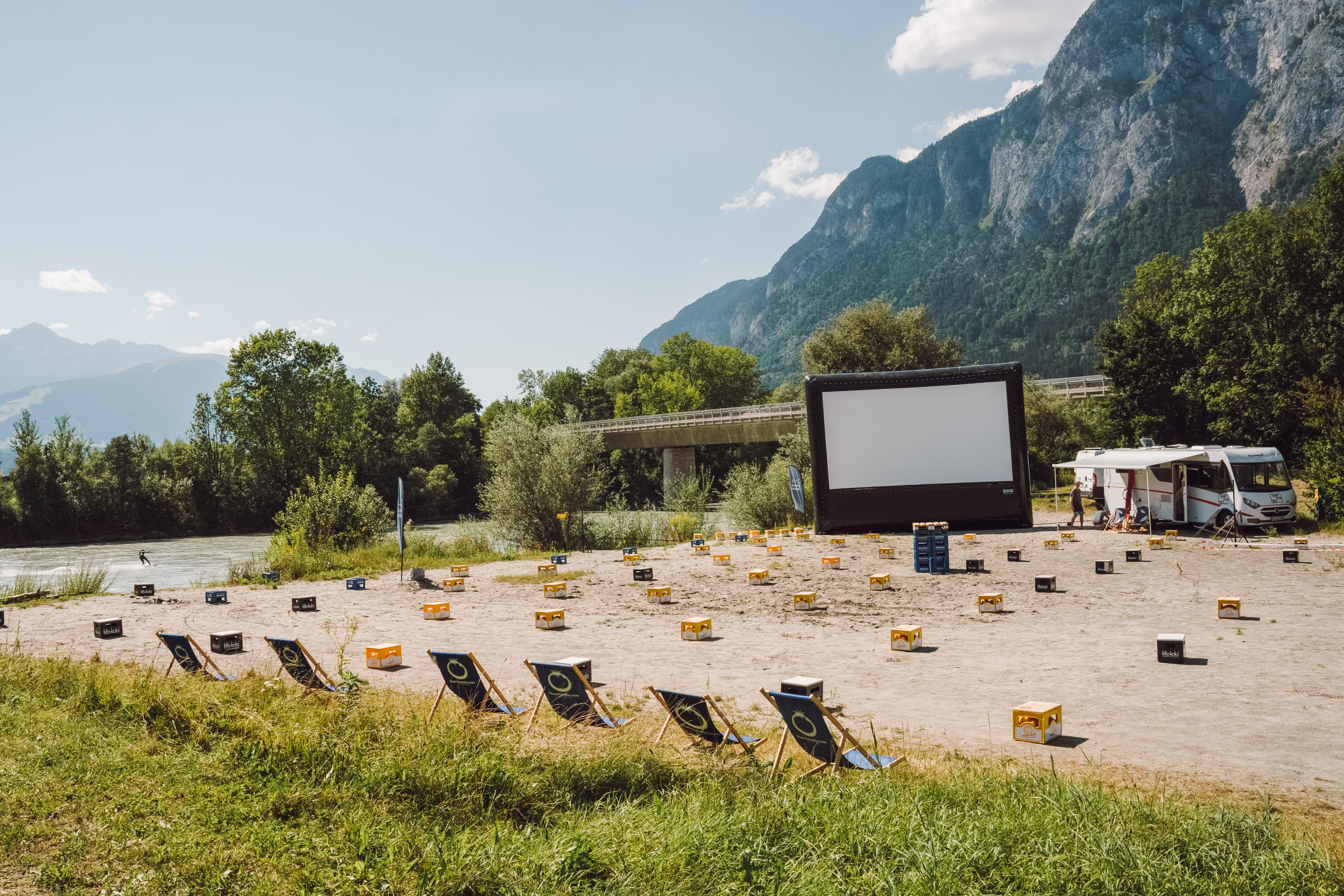 Breathtaking cinema, wonderful athletes and an AIRSCREEN® in 5 stunning venues in Austria and southern Germany – that´s how you can sum up the Sörf Film Fest 2020.

During the past few years the Sörf Film Fest has grown from a small festival in Vienna to a big tour with a total of 11 stops. Formerly the fest was planned as a cinema tour from 15 July to 28 August 2020 through Austria. But due to the Covid-19 pandemic and the resulting closure of all cinemas it could not take place in this way.

The event organizers got creative and quickly found a solution. With the Sunlight-Camper serving as headquarter and sleeping base, the SFF team travelled throughout whole Austria and parts of southern Germany. The originally planned one-week tour turned into the biggest, longest and most successful Open-Air tour with the AIRSCREEN® (7.32m x 4.12m). One of the most extraordinary places and lakes such as the Attersee, the Mondsee or the regional capital of the alps – Innsbruck were part of the journey.

Despite the current situation, viewers let their thoughts wander to foreign countries and big waves. In addition, three of the six short films this year focused on strong women, who have so far been given too little importance in the entire surf scene.

In the other three films, the SSF also visited very exposed areas: from the far north of Norway to the wave mountains in Nazaré, Portugal, to raging rivers in Afghanistan.

For further information about setting up your own outdoor cinema, please use the contact form to send us your request or visit our website.